In the recent decade, many social, as well as cultural aspects of society, have changed. This has led to changes in many communities regarding the definition of marriage as well as other social norms. This includes religious traditions as well as things like advertising for women’s beauty care products.

Communicating effectively is the key to developing a positive image. Especially critical for someone working in public relations.

Some years ago, colleges began offering a variety of different elective communicative classes. These classes were specialized courses involved in teaching students particular skills. These skills would come to benefit them in their careers. This goes for business jobs as well as those in health care.

One course available is ‘Multicultural Communication’. It’s aimed at developing students’ capability of communicating in a diverse environment. New York City is one example. This sort of education is helpful for many, especially those who misunderstand things like culture and religion. This is important within a modern society. For those studying or continuing their careers, you’ll find that this page is a great way to learn some useful info.

There are many social activists concerned with how the media portray particular members of society. Especially within television shows, movies, and news stories. It’s this portrayal of minority groups that fuel the creation of other negative and untruthful stereotypes.

During a recent presidential campaign in the United States. Many stories about the entrance of illegal immigrants from Mexico circulated. This then led to negative associations with Hispanics living in the U.S.

Another example is the portrayal of Middle-eastern people. They are often depicted as terrorists or extremists in cartoons such as Family Guy. Despite the humor that may be found from such ideas, many of these are culturally-insensitive. This form of entertainment only strengthens negative stereotypes.

As a public relations professional, it is important to understand the stories behind such stereotypes. Paired with the knowledge of how to maneuver through them when communicating properly.

In today’s world, many modern societies have erased the negativity associated with being part of the LGBTQ community. Despite some continuing controversy over the subject, many educators have continued to teach this subject. They are supporting the movement to remove the stigmas in society.

In today’s world, those who voice their displeasure or indifference, primarily through social media, often find themselves condemned. In comparison to many years ago, companies who are found to be bigotry and homophobic are receiving heavy scrutiny from their clients.

Companies which work towards both social and economic progress, are most likely to continue to develop.  In addition, companies that provide professional public relations support are the ones that see the most success.

Many companies that provide women’s clothing and beauty care products have been singled out as being discriminatory against race. Plus, those who are, while not overweight, look less like the women on the TV advertisements they release.

This has caused some companies to rethink their advertising campaigns. Brands like Victoria’s Secret and Dove, which produces a variety of products like soap and skin lotions, have led the way in inclusive advertisement.

Dove, for example, has begun changing its advertisements to include women of all races as well those of different heights and weights. Like many companies, they want their customers to be just as content as the happy employees who work on advertising their products.

As you can see, there are many changing aspects of society that are transforming the way business is done, and information is communicated. In this article, we’ve covered some of the main areas whereby public relations and marketing are key in attracting and keeping customers. 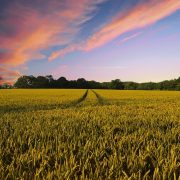 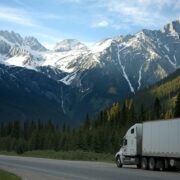 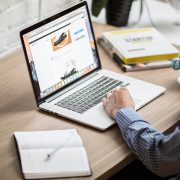 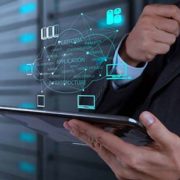