Home
Big Business & Corporations
What is the difference between TEFL, TESOL and ESL?

Astonishingly there are around two billion people using or learning to use the English language in the world meaning that English is now spoken by a quarter of the world’s population. With this level of interest in one language, teachers of this language are highly sought after, the desire to learn English has never been higher.

So, what’s with all the acronyms?

Teaching the English language is categorised by who you teach and where it is that you teach. This helps in understanding the context or learning environment that the teacher and students will be working in and the amount of exposure to the language that students will have outside of the classroom.

TEFL stands for Teaching English as a Foreign Language

TEFL stands for Teaching English as a Foreign Language. English is considered a foreign language in countries where it is not usually spoken, so TEFL is the teaching of English to people who have another language as their first and who do not use English in their wider community.

Counties such as China, Brazil, Japan, Oman, and Vietnam, as well as many others, would be examples of where learning English would be considered a foreign language. In these countries English is not really used in the wider community, not an official language for the government and does not have a special status in the country.

TESOL stands for Teaching English to Speakers of Other Languages

TESOL stands for Teaching English to Speakers of Other Languages. This acronym is used whenever English is taught to anyone who has a first language which is not English and lives anywhere. This can include TEFL but also includes teaching English where English is used in the wider community as well.

ESL stands for English as a Second Language

ESL stands for English as a Second Language. This is an older term which was used to describe learning English after already speaking another first language. It is a misnomer however for students who already speak two or more languages and so it has been superseded by terms such as EAL which means English as an Additional Language, ELL English Language Learners or simply EL English Learners. These terms also more accurately characterise bi- or multi-lingual speakers as they do not assume they only speak one other language and they do not put the languages in a learner’s linguistic repertoire in ‘order’.

Some thoughts on how we label students

There has been some discussion in the literature recently that terminology highlighting students’ developing English, such as those mentioned above, fail to adequately represent students’ abilities in the languages that they do speak. All of the terms discussed in this article place English at the centre which obstructs seeing proficiency in other languages.

When students see themselves through this lens their self-esteem and academic performance can be negatively impacted as they can feel their worth is distilled down to their ability in English, it can even lead teachers and other students to perceive English language learning students as deficit

Consider empowering your students instead

Because of this many language teachers now prefer the term emerging bilingual or multilingual.These terms recognise students’ strengths in speaking and using more than one language and these terms place students in positions of competence and relative power in the language learning classroom.

Being bi- or multi-lingual is a valuable skill and students should feel proud of their accomplishments in learning more than one language, these more equitable terms highlight these achievements and signal to others, and to the students themselves, that they are ‘achievers’ rather than continually ‘learners’.

Terminology and labels matter and there are many of them in the language teaching and learning business. Consider target language, interference, non-native English speaker and limited English proficiency and think about how you would feel if these labels were applied to you. If you enter or have already entered the teaching profession be kind and be careful with the terms that you choose to use when describing your students and consider using empowering expressions instead. 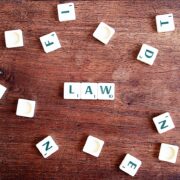 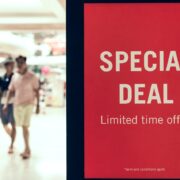 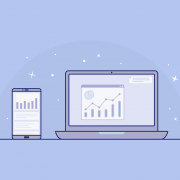 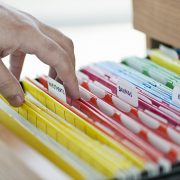