We all know what a traditional apprenticeship scheme is — where an individual is employed within a learning and development program. It’s widely accepted that apprentices don’t yet have all the required skills and expertise needed for a specific field, hence an apprenticeship focuses on encouraging personal growth through a series of practical tasks in the workplace.

But what’s a self-directed apprenticeship? And why is this lesser-known type of apprenticeship more worthwhile, especially when it comes to gaining those all-important high-earning roles down the line? In this article, we find out.

Formal Apprenticeships across the Globe

In the US, the average apprentice wage is $15 per hour, according to the US Department of Labor. This is double the national minimum wage in America, which currently stands at $7.25 per hour.

This isn’t a bad wage for someone who is only beginning to learn about a trade, but it’s by no means classed as a “high-earning” wage. What’s more, apprentices can often find it difficult to move up the ladder to a higher income bracket once they’ve acquired the necessary skills for promotion. The formal label of being an apprentice can be misunderstood and translated into “amateur” or “inexperienced” if you’re not careful.

In the UK, apprenticeship wages are significantly lower at a mere £3.90 per hour. This is in line with the UK’s minimum wage for apprentices under 19 or those above 19 and in the first year of an apprenticeship. Needless to say, if you fall into either category, you can be expected to work for the price of a Starbucks coffee. Indeed, there are plenty of financial incentives for employers to take on apprentices — such as cheap labor and government funding — but not so many incentives for actual apprentices hoping to sharpen their skills in a specific industry.

Evidently, the benefits of becoming an apprentice differ depending on the country that you live in. But apprenticeships themselves aren’t a bad thing.

Charles Darwin is a prime example of this. Darwin spent time as an apprentice doctor before changing his field of interest several times. His ongoing education finally led to his later discoveries, which made him a notable figure in both academia and popular culture.

A self-directed apprenticeship will have no fixed contract or pay. In fact, most of the time, it may not have a fixed outcome.

When asked what the book is about, the average reader might tell you that it’s a story about a man on a pilgrimage, but others may argue that it’s more than that. The New York Times describes the tale as more self-help than literature, indicating that the protagonist’s journey is a self-set apprenticeship towards “his destiny”.

Rather, somebody who wants to work in a practical field such as animal care might choose to seek roles and experiences to help them get there, as opposed to undergoing a formal apprenticeship in that industry. Occupations in environment, wildlife, and agriculture are often marketed as apprentice-led opportunities, but there are plenty of other ways to get your foot in the door.

For example, those interested in wildlife and animal care could volunteer at an animal sanctuary in Thailand before going on to carry out charity work in a wildlife organization. Across the globe, there are plenty of opportunities to get up close with exotic animals and learn about their behaviors and habitats.

This can all be done while studying for vital qualifications accredited by a remote university like The Open University in the UK. This university even offers courses in Animal Behavior and Conservation, as well as plenty of other industry-specific qualifications.

Remember, when embarking on a self-directed apprenticeship, your opportunities aren’t limited to just what one singular company can teach you. Instead, you’ll have thousands of different resources at your fingertips while you successfully shrug off your inexperienced status.

Staying Motivated in a Self-Directed Apprenticeship

According to Huff Post, there are three vital steps in an apprenticeship. When it comes to formatting your own apprenticeship, these categories are the only ones that you’ll need to consider.

The first stage is titled “Deep Observation–The Passive Mode” and is characterized by a hands-off approach. This is where you’ll simply observe others before putting your newfound knowledge into practice. Maybe you’ll be learning from physical mentors at a work site or digesting information from books, online courses, or on YouTube.

The second stage is all about practicing what others preach. Named the “Skills Acquisition–Practice Mode”, this stage is when you’re finally ready to perform tasks either with or without supervision. This doesn’t have to be a specific job or task; it can also be taking a test or writing a thesis as part of your education. The likelihood is that you’ll experience most of the second stage while “on the job”.

The final stage is “Experimentation–The Active Mode”. This ultimate phase signals the end of your apprenticeship and is equal to becoming a master in your chosen field. Experimentation might involve conducting new research, putting your own slant on an established practice, or giving a speech on the topic. On the other hand, you might choose to experiment by developing your own online business, complete with a virtual phone number.

This sounds like a neat formula to follow, but beware that apprenticeships of this kind are rarely straightforward. You might go back and forth between two different phases. Alternatively, you might delve into the active phase only to realize that you need to undertake more observation to pave the way for successful experimentation. As well as this, there will be plenty of “behind the scenes” progress tailored to your own unique experience. Maybe your experimentation phase will focus on education, where you’ll gain a Ph.D. from a prestigious university.

The key thing to remember is everybody’s self-directed apprenticeship will be different and require different tools to complete. As long as you understand the key steps to becoming a master, you should be able to stay motivated throughout your journey — especially when you learn how and why self-directed apprenticeships could help you be financially better off in the future.

Aside from removing the stereotypical “apprentice” label from those learning a new trade, a self-directed apprenticeship can help you score high-earning roles by giving you the qualities potential employers are searching for.

According to Forbes, employers are looking for self-starters. Within its article on the top twelve qualities employers are looking for, it highlights those who “understand their own path” as well as those “who know what they want in their career.” These statements don’t quite scream a traditional apprentice who has been following a set path since graduation. Someone who’s traveled the world and used independent education to build a knowledge base, on the other hand? More than likely.

Data also shows that employers are looking for experience over education. And while a self-directed apprenticeship doesn’t dismiss formal education, it does favor learning through experience while prioritizing a varied self-set syllabus.

Finally, according to research, 80% of employers think you’re better suited to a role if you’ve been traveling. One study showed that people think travel boosts confidence, increases people skills, and helps you adapt to situations.

Although a traditional apprenticeship might sound like a smart, supported choice when you’re thinking of taking a leap into a new industry or getting ready to graduate, these statistics suggest otherwise. If you want to truly become a master of an industry and tap into an employer’s mindset, you’ll need to be behind the wheel when it comes to steering your own practical education. 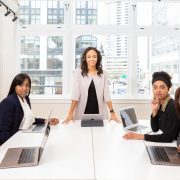 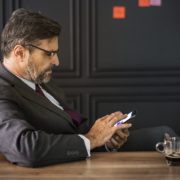 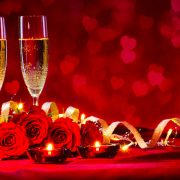 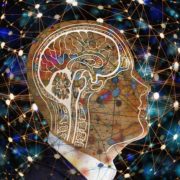